A Chinese man was talking on the phone when one of the headphones exploded. Apple promises to pay compensation to the victim.

In China, an AirPods earpiece exploded right in the man’s ear. This was reported by the portal GizmoChina.

The incident occurred with a 23-year-old resident of Zhengzhou on May 19, but it became known only now.

The victim notes that he was talking on the phone when a headphone exploded in his right ear. The guy was treated with anti-inflammatory drugs, and doctors found traces of bleeding in his ear. After the incident, a Chinese man complains of hearing problems. 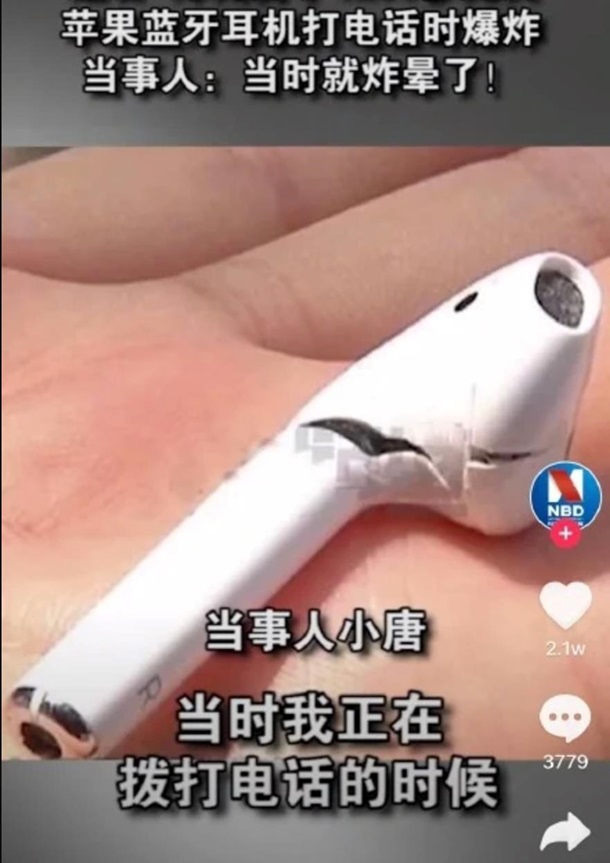 It is noted that the man bought the headset in one of the partner stores of Apple. Defective headphones were sent to Apple for troubleshooting.

The injured must be compensated in accordance with local laws.

Earlier it was reported that in the United States released headphones from hemp. The Correspondent also wrote that hackers broke into the protection of all iPhones.

IOS 14 hacked in less than a week