Home News An explosion thundered near a military base in Iran 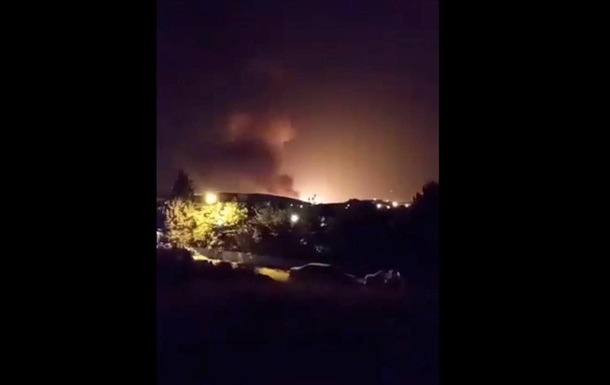 In Iran, an explosion occurred at a gas storage facility near a military base

A big explosion occurred in a gas storage near the base. Now the causes of the explosion are being established.

In Iran, there was a big explosion near a military base east of Tehran. This was reported by The Guardian on Friday, June 26.

“Our colleagues are on the spot and are thoroughly investigating the incident,” said Defense Ministry spokesman Dawood Abdi.

According to him, the explosion occurred at the gas storage in the “public place” Parchin, and not at the military base itself, which, as is believed, in the past was associated with nuclear tests in the country.

Soon the fire was extinguished, information about the victims was not reported. Details of the causes of the explosion are being clarified.

First video report of a massive explosion with red light around Tehran, heard by many residents. Reports of a military outpost around there. #Iran pic.twitter.com/lQT4CPFLUC

Recall that earlier in an explosion at a plant in Poland 10 workers were injured. Two workers were seriously injured and were urgently evacuated by helicopters. The explosion occurred in a kiln.

It was also reported that in Germany, an explosion occurred near the station. The incident occurred in the city of Gunzburg in Bavaria. According to preliminary information, 15 people were injured.