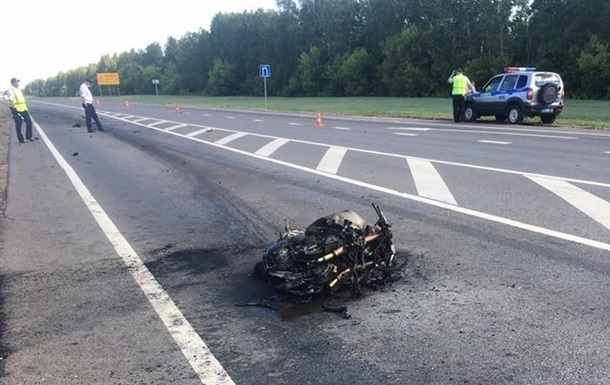 A popular Russian motoblogger flew into a truck on his motorcycle. The man died on the spot. He was 32 years old. Friends warned the blogger about his dangerous driving style.

The famous motor-blogger from Russia, Alexander Diablo R1, died on the P-22 Caspian highway. He was 31 years old. This was reported on Instagram by the YouTube blogger pilot.zx6r.

Alexander was driving a Suzuki motorcycle. When overtaking a car, it crashed into an oncoming DAF XF truck.

The motorcyclist died at the scene of an accident. The ambulance doctors who came to help him could no longer help.

“We talked about his driving style more than once, but he didn’t listen. But luck ends sooner or later,” pilot.zx6r wrote in the social network.

Alexander Diablo R1 was known for reviews of motorcycles, which he himself drove at high speed and performed dangerous maneuvers.

We also wrote that in Odessa a BMW driver shot down a cop and dragged him 100 meters on the hood.

Earlier it was reported that the famous rapper broke Ferrari for $ 330 thousand.