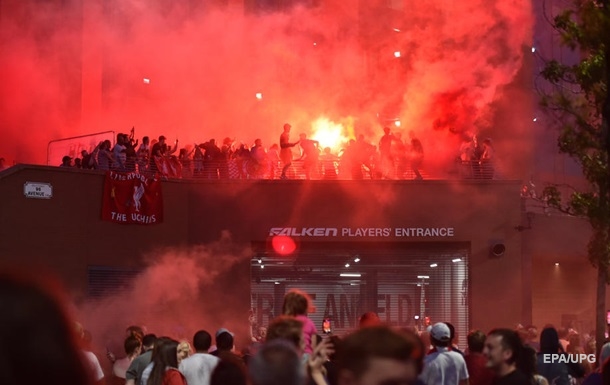 Fans did not heed the request of the head coach of the team to stay at home and took to the streets to celebrate the victory of the team.

Fans of Liverpool vigorously celebrated the first in 30 years the title of champion of England, which was won on June 25.

Local media reported that team head coach Jürgen Klopp called on fans to celebrate the victory at home in connection with the pandemic.

Fans did not listen to him and went to the Anfield home stadium. There they sang songs, burned fires and fired salutes.

Earlier it was reported that fans stoned Benfica’s club bus, there are victims. After a draw game with Tondela, the bus was attacked by fans.

It was also reported that in England, a photo of Osama bin Laden was installed at the stadium. The Leeds United club decided to join the football trend of posting photos of their fans in stadiums and found themselves in the midst of a scandal.

NHL approved the date of the resumption of the season

Ronaldo commented on a draw in a match with Atalanta