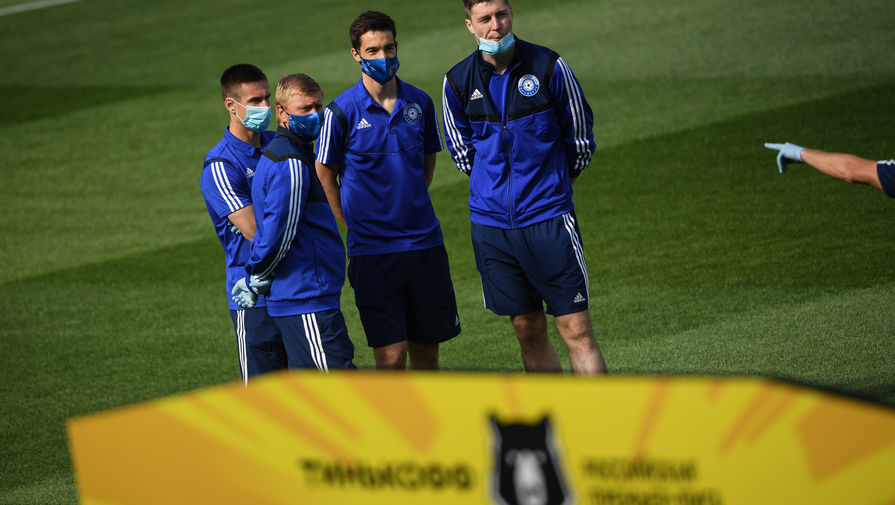 Orenburg was credited with a technical defeat for refusing to play the match of the 24th round of the Russian Premier League (RPL) with Krasnodar. Along with this, the bureau of the executive committee of the Russian Football Union amended the regulations of the championship.

On June 29, the bureau of the executive committee of the RFU held a regular meeting, on the agenda of which was the issue of amendments to the regulations of the Russian Premier League. The changes were eventually adopted, but only in two positions:

1) the paragraph was excluded from the regulation, which states that “a team is considered ready for the match if at least 16 field players and two goalkeepers are ready to play after the admission procedures to the meeting”;

2) temporarily, “until a special decision of the bureau of the executive committee of the RFU”, the clause on awarding technical defeat and a penalty, as well as the exclusion from the number of participants in the RPL club, who twice refused to play the championship match, was deleted.

Looking at the second position, the leadership of Orenburg can be glad, because now the risk of being excluded from the RPL for the team that has already refused to hold the meeting of the 24th round of the championship with Krasnodar is not.

For “failure to provide the host party with the conditions for holding the match in accordance with the rules of the competition, which entailed a breakdown of the match,” the Orenburgers have already counted the “techie” – 0: 3.

The reason Orenburg refused to play with Krasnodar is simple – the entire core team quarantined after several cases of coronavirus infection were detected at the club. At first, the number of cases totaled eight people, now ten.

“The Orenburg team is waiting for the order of the local Rospotrebnadzor, on the basis of which a decision will be made on the admission to participate in the match of the 25th round of the RPL against Ural. The meeting is scheduled for July 1, ”- said in the operational headquarters of the Premier League.

The decision of the local Rospotrebnadzor will indeed play a decisive role for Orenburg residents. If you are lucky, the team can follow the path of Ufa and quarantine only those whose test results for COVID-19 are positive. The “pure” employees of the club will be able to take part in the match of the next round of the championship.

“According to the requirements of the local Rospotrebnadzor, we are in quarantine from June 23-24 to July 7. As I understand it, if the analyzes are negative, they can remove the quarantine restrictions earlier. There is no information yet on how the game will be played with Ural. Our leadership is negotiating with Rospotrebnadzor, ”the“ Championship ”quotes Orenburg head coach Konstantin Paramonov.

However, according to Sport Express,

the team will release doubles for the game with Ural, and the main team will remain in quarantine.

In this case, you should pay attention to the serious uncertainty in the league.

A precedent case occurred on the first day after the resumption of the RPL season, when Rostov, isolated by the whole team (including most of the youth), isolated and sent away young football players 16-18 years old, who ultimately lost with the score, to Sochi 1:10. Later coronavirus outbreaks were detected in Dynamo, Ufa and now in Orenburg. And in each case, the solution to the problem was different.

Blue and white, unlike Rostov and Sochi, were able to agree with Krasnodar to postpone the full-time match to the reserve date – July 19. In “Ufa” they even managed, without reporting on “doubtful” test results, to agree with the local Rospotrebnadzor to leave only infected people in quarantine, and the team eventually had a match with “Tambov” and won (2: 1). In Orenburg, however, they could not even agree on a transfer, even in theory, because there is only one reserve date, and it is already occupied by the bulls, and the club refused to release doubles.

In connection with this confusion, the RPL together with the RFU tried to negotiate with the Rospotrebnadzor on amendments to the regulations regarding the terms of quarantine, but the executive bodies were adamant and left the same 14 days of isolation. Ideally, following this requirement, a club whose employees are isolated can either agree with the rivals to reschedule the meeting, or put the youth team on the field, or even agree to the “techie”. However, practice shows (not only in the case of Ufa) that a loophole in the regulations can be found.

All the same Dynamo was able to play a derby with CSKA (0: 0) as the main team, leaving only those infected – Clinton N’Zhye, Sebastian Szymanski and Charles Cabore – in quarantine. Moreover, immediately after the match, the whole team was again closed at the base and is already preparing for a meeting with Sochi. Also the basis.

“All test results are negative. We undergo such testing on a daily basis in places specially determined by the medical headquarters at the base. If all samples are negative again, then Rospotrebnadzor will consider giving us permission to participate in the match in Sochi, ”said Alexander Yardoshvili, head physician of Moscow Dynamo, to the club press service.

It turns out that there is a single regulation for the league, which sets out a clause on 14-day isolation of the entire team where an outbreak of coronavirus was recorded, however, if there are individual permissions from the local branch of Rospotrebnazor, the club may not meet these requirements at one time. On the one hand, of course, it’s fair to give the team a match with football players whose test results for COVID-19 are negative. On the other hand, if such a practice is carried out, then why cannot the corresponding changes be made to the general regulation so as not to create unnecessary problems? There are many questions, few answers.