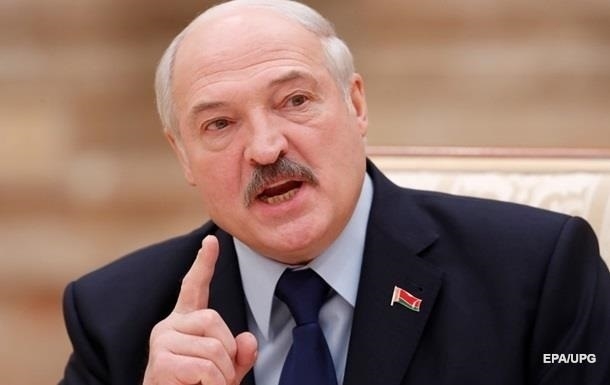 Lukashenko is going to discuss interference with Putin

President Alexander Lukashenko announced interference in the internal affairs and elections of the country by the Russian Federation.

Belarus leader Alexander Lukashenko said that Russia and Poland have intervened in the country’s internal affairs. BelTA writes about this on Thursday, June 25.

“They (opponents of the authorities – Ed.) That they push us to dishonesty the way they behave? It’s clear that the puppeteers are behind them. They are on the one and the other side. They live in Poland and throw Russia away “We will talk about this with President Putin in the near future at the meeting, but this situation is very difficult,” Lukashenko said.

According to him, “the most up-to-date fake technologies” are being applied, there is interference from abroad in the upcoming elections and internal affairs.

For example, the president recalled media reports that over $ 840 million was allegedly in Switzerland’s accounts with his son Viktor Lukashenko in Switzerland.

“Such fakes will be permanent. And we need to keep this in mind, live and fight with it. By the way, this is thrown by structures” Babichevsky “,” no-burners “from Russia. This is not ours, this is information from Russia. Then they will apologize, take off But people have already thrown it into the brains, “Lukashenko said.

At the same time, the Russian Federation has already managed to respond to Lukashenko’s words about Russia’s interference in the internal affairs of Belarus.

“Here we can answer unambiguously that the Russian Federation has never intervened, does not intervene and does not intend to interfere in anybody’s electoral processes, especially those that take place with our ally, Belarus,” said Russian President’s spokesman Dmitry Peskov.