Home Uncategorized Unload “Concrete”: in the Moscow region opened a section of the Central... 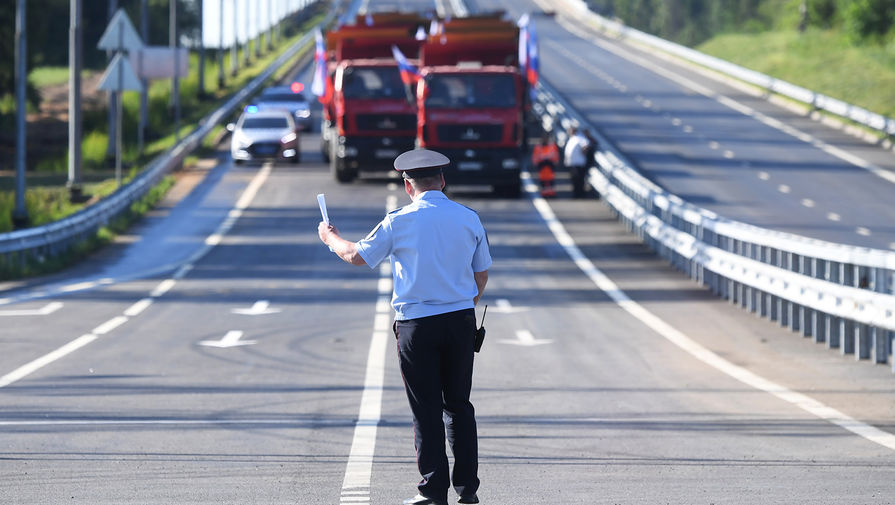 A 23-kilometer section of the Central Ring Road from Mozhayskoye to Novorizhskoye Shosse was opened in the Moscow Region. The overpass will unload Betonka from the increased flow, free Zvenigorod’s street network from the increased traffic and help fight traffic jams. According to the government’s plans, the Central Ring Road of 336.5 km in length will be completed in 2021; it will pass through the territory of the Moscow Region and New Moscow at a distance of 50 km from the Moscow Ring Road.

Traffic along the section of the Central Ring Road from Mozhayskoye to Novorizhskoye Shosse was launched on the afternoon of June 29, six months ahead of the planned date. The opening of the site was attended by the Governor of the Moscow Region, AndreiVorobiev, Deputy Prime Minister of the Russian FederationMarat Khusnullin, Assistant to the President of RussiaIgor Levitinand the Minister of Transport of the Russian FederationEugene Dietrich.

“This large-scale presidential project is important for the Moscow region. For us, the Central Ring Road is a new life, a second wind. Of course, this is both economic development and convenience for people. The road will unload the Moscow Ring Road. This year 200 km are leased – more than half of the huge transport ring, ”the head of the region explained.

According to the government’s plans, the central ring road A-113 with a length of 336.5 km will be completed in 2021, it will pass through the territory of the Moscow Region and New Moscow at a distance of 50 km from Moscow.

A few days earlier, Vorobyov checked the construction of a traffic intersection in Khimki at the intersection of the M-10 Rossiya highway and Repin Street.

The road will connect two parts of the city – the old and the new, separated by the Leningrad highway. Construction has been underway since December last year on behalf of the President of RussiaVladimir Putin.

“For the region, it is important that the denouement appears as quickly as possible. Vladimir Vladimirovich set a deadline quite tight – 2021. The company that works here takes increased obligations and promises to launch a denouement in December, ”the governor of the Moscow Region said.

By the end of this year, the working movement along the overpass will open, the completion of all construction is scheduled for the end of next year – the streets of Druzhby, May 9 and Repin will be reconstructed.

On the only transport artery connecting the residential areas, congestion occurs during peak hours, because now you can get from the new part of the city to the old one only along Yubileyny Avenue. The construction of the Repinsky interchange will ensure comfortable transport accessibility of the industrial part of the city, it will be possible to increase the number of jobs to 28 thousand.

Vorobyov separately noted that parking, which fell into the construction zone, will be preserved.

“The parking will remain here, I gave the head a command to inform the residents. There are many cars in Khimki, and parking is a sensitive topic in any city, ”the governor said.

During the construction of the interchange, the engineering communications will be reorganized: storm and household sewage, heating networks, and water supply.

At the beginning of this summergovernment of the Russian Federationordered to allocate almost 44 billion rubles from the reserve fund for early repair and construction of roads in the regions on the national project “Safe and high-quality roads”.

This is the first part of the amount that is planned to be sent to regions that overfulfill the national project. In total, state support for these purposes will amount to 100 billion rubles. Due to additional funds, more than 480 km of roads will be put in order by the end of the year.

In March of this year, the Vedomosti publication, citing informed sources, wrote that a paid high-speed understudy of the Moscow Ring Road could be built in the Moscow Region.

The initiator of the construction of the MKAD doubler was investors. Sources of the publication said that an agreement on the construction of a new road was signed in February between the Region group of companies andMoscow Region Government. The cost of the highway is estimated at 86.7 billion rubles.

It is assumed that the route can stretch from Solntsev through Butovo and Lytkarino to Zheleznodorozhny. Its length will be about 53 km, and the width will be from four to eight lanes, while the maximum speed is 120 km / h.

“The concessionaire will have to build only part of the road … some of its sections are already open,” the sources added.

The construction of a new road is expected until the end of 2026.

The first freight ones: freight trains went along the Crimean bridge

Postponed until next year: the Ministry of Health postponed the tightening of requirements for drivers

Six victims: a terrible accident in the Lipetsk region