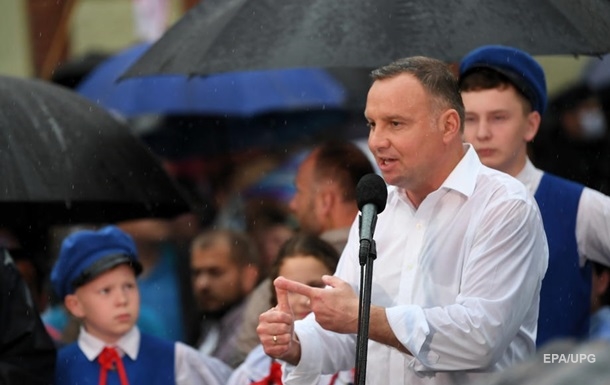 In Poland, the first round of the presidential election was held, the current head of state, Andrzej Duda, won first place, receiving 43.5% of the vote.

The presidential election in Poland is one of the most distressing in Europe. They tried to send them by mail, but in the end they moved them to a later date. Back in the spring, incumbent President Andrzej Dude predicted a landslide victory in the first round. But coronavirus and attempts to vote in the midst of a pandemic played against the government. Duda has a powerful competitor and surprises are now possible.

Results of the first round

The Polish National Election Commission announced the final results of the first round of presidential elections the very morning after the vote.

According to the data after processing 100% of electronic protocols, the current head of state, Duda, won first place, receiving 43.50% of the vote. In second place is the candidate from the Civil Platform, the mayor of Warsaw Rafal Tshaskovsky with 30.46% of the vote. On the third – an anti-system candidate Shimon Golovnya with 13.87%.

According to exit polls, which were published immediately after the vote, 41.8% of voters voted for Duda, 30.4% for Tshaskovsky, and 13.3% for Golovnya.

Voter turnout was 64.51 percent. This is more than in the previous presidential election five years ago. Then, in the first round, 48.96% of those eligible to participate in the elections voted.

Two weeks later, on July 12, a second round of elections will be held with the participation of Duda and Tshaskovsky.

These elections will be remembered by the Poles for long lines – the coronavirus pandemic and great activity led to a record turnout. Moreover, young people even voted more actively than older people – the turnout among Polish youth was 62%, and among pensioners – 56%.

Rafal Tashkovsky was initially not going to take part in the elections. Opposition Civic Platform first nominated the vice speaker of the Sejm, the lower house of parliament, Malgozhat Kidava Blonska. There were many failures in her campaign, at first good ratings fell to indicators at the level of 3-5% of the vote. Her participation in the elections ended with an appeal to her supporters to ignore the vote. When the elections were postponed to June, the Platform changed the candidate, and this turned out to be a strong move that completely unfolded the course of the campaign. 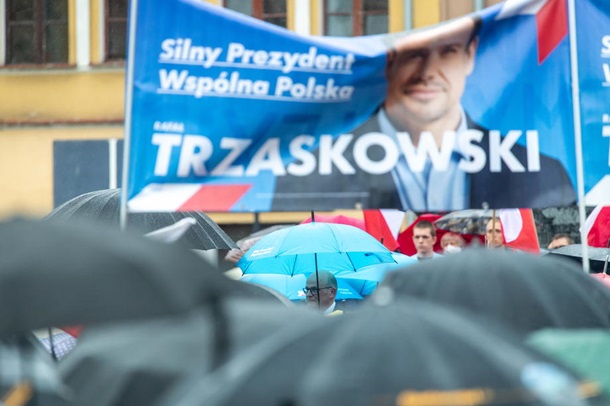 The action of supporters of Tshaskovsky

Victory in the second round will depend on who will flow the votes of those candidates who have already completed their participation in the race.

Tshaskovsky is known for his fight against discrimination against sexual minorities. In February 2019, already as the mayor of Warsaw, he signed the so-called LGBT Charter, a document protecting the rights of people with non-traditional sexual orientation.

This caused irritation in the ranks of conservatives from PiS, who see such demands as a threat to the traditional family. In June 2020, Andrzej Duda, in his pre-election speech, stated that LGBT people are an “ideology” that is more destructive than communism.

“The intelligentsia already believed Tshaskovsky, but the inhabitants of small towns and villages still support the Kaczynski party,” predicts the battle in the second round, the first president of post-communist Poland, Lech Walesa.